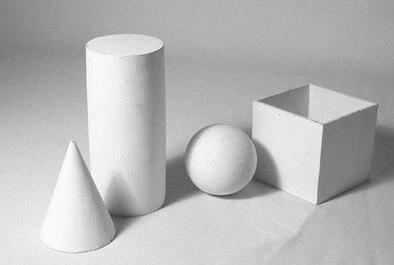 In this lesson, we'll discuss the difference between surface shading and cast shadows. They can both be used to help give your still life objects life, depth and dimension.

When creating still life objects, it's important to know that all objects in a composition have a shape or outline. This is what we commonly call, shape. For example, a box is a cube made up of square surfaces. A plate is a circle made up of concentric circles. These same objects are all treated differently when it comes to their shading to make them look realistic.

This shading is what causes the objects in a composition to appear three-dimensional. Think for a minute about the different shapes we all commonly know; square, circle, rectangle, square etc. These are the surface outlines.

Surface Shapes themselves are made up of shading inside of the outlines to make your objects look: flat, half round, cylindrical, domed or concave.

In this lesson, we detail how shading is different from cast shadows. As we learned a few weeks ago, the cast shadow of an object occurs when the path of light from the light source is interrupted or blocked. Shadows seldom fade out as much as shading does. Shading is actually on the surface of the object itself (not underneath it). The thing that shadows and shading both have in common is that they are both depicted from how and where the light hits your object.

Surface shapes are shown by the contrast between shaded and highlighted areas. Shading fades gradually from light to dark. When shading, always be aware of the location of your light source.

For the following surface shading ‘rules’ imagine that their is a fixed light source in the upper left corner that is coming down at an angle. These rules are foundational. They can be used like a formula for shading. Every object you render will have one or more of these surface shapes. Once you know them, you will be able to render any scene you want. 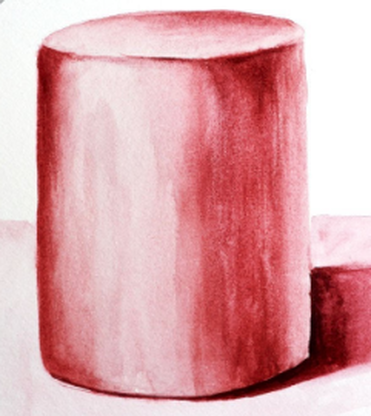 Ask yourself these questions when beginning a rendering:
Where is my light source?
What surface shape is my object?
Where does the light strike it?
To note: The first video does now use sound.   Click on the videos to enlarge them.

A bit more about using cast shadows to create dimension 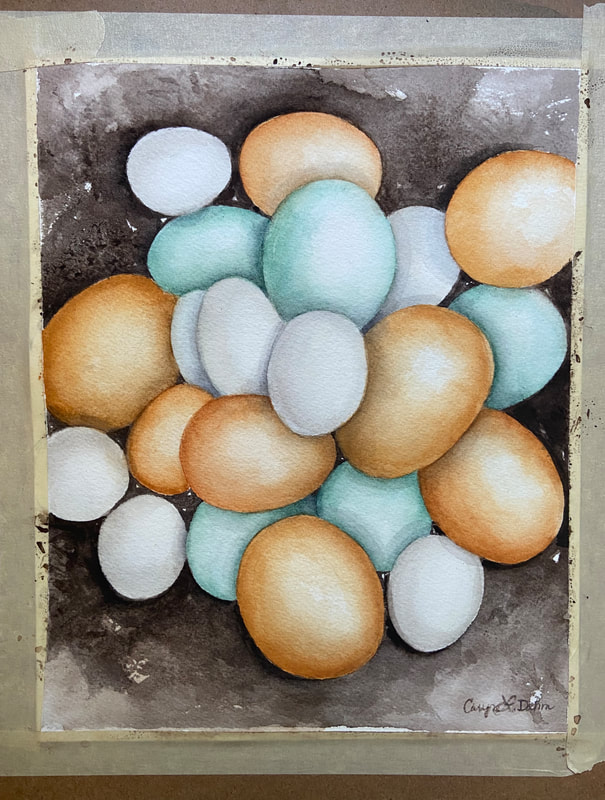 For extra practice and information:
Check out this excellent and simple video to see 3 different but effective approaches to accomplish shading by Mr. Otters Studio: https://www.youtube.com/watch?v=-dz0-40t2l8
How should you paint these techniques?
Just remember that their are multiple "correct ways" to move the paint around to accomplish surface shading. It comes down to what feels the most comfortable for you.